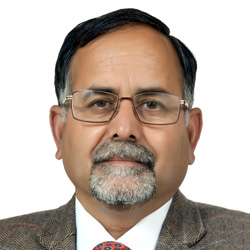 It was a tough call for Dr. Lal Singh, who came from an interior village and did not have any adequate resources to start an NGO. The only assets he had were a Doctorate degree and a postdoctoral, Department of Science and Technology (DST) Government of India (GoI), and Young Scientist tag in HP University, Shimla. He went ahead to establish the Himalayan Research Group (HRG) in association with like-minded professionals, in the year 1997.

In order to strengthen the livelihoods, biodiversity conservation, climate change resilience and overall development of rural mountain communities, a basket of need based technology models were developed in different parts of the North Western Indian Himalayan Region.

An active team member Dr. Maninder Jeet Kaur, founder secretary of HRG has played a major role and is engaged in development of technology driven solutions with special focus on women related activities and in taking the HRG’s initiative forward.