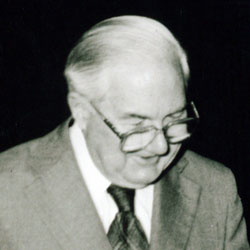 Born in Portsmouth, England as Leonard James Callaghan. Gained the Senior Oxford Certificate in 1929, but could not afford entrance to university. At the age of 17, left to work as a clerk for the Inland Revenue. Was instrumental in establishing the Association of Officers of Taxes as a Trade Union. Following a merger of unions in 1936, was appointed as a full-time union official and to the post of Assistant Secretary of the Inland Revenue Staff Federation. Came into contact with the renowned economist Harold Laski.

Joined as an ordinary seaman in World War II. Became Member of Parliament. Was appointed Parliamentary Secretary to the Ministry of Transport in 1947. In 1964, became Chancellor of the Exchequer, Home Secretary in 1967 and Foreign Secretary in 1974 before becoming the Prime Minister in 1976 as also the leader of the Labour Party. The only person to have served in all four of the Great Offices of State: Prime Minister, Chancellor of the Exchequer, Home Secretary and Foreign Secretary.

Co-founded the annual American Enterprise Institute (AEI) World Forum along with his friend Gerald Ford In 1982.

In 1983, became Father of the House as the longest continuously serving member of the Commons. In 1987 he was made a Knight of the Garter. Shortly afterwards, was elevated to the House of Lords as Baron. Autobiography, Time and Chance, was published in 1996.