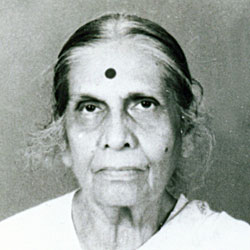 Basically a medical practitioner. Was deeply involved in the Radical Humanist Movement. Thus came to combine the qualities of an intellectual and an activist of social change.

An active Family Physician and Family Planning Practitioner. Did a scientific innovation in 1964 using intrautine device (IUD) as an OPD procedure in a small clinic in a simplified way.

Founded, established and developed a unique organization called ‘Streehitkarini' in 1964 in the socio-economically deprived area of urban poor and started working for downtrodden and destitute women and children.

During 1984-89, directed a project “Community Involvement in Comprehensive Health Care” by United State Agency for International Development (USAID) through Government of India. Again, directed two projects aided by Ford Foundation. Has been co-editor of “Doctor Nasel Tethe” a Marathi version of “Where there is no Doctor” a renowned health publication for a common man. A regular contributor to popular and scientific periodicals in English and Marathi.

Streehitakarini organized relief work for the victims of the riots, and later, bomb blasts in Mumbai.

Is engaged in developing a Comprehensive Programme of Integrated Human Development with Special Attention to Women and Youth. This is being done under the aegis of “Centre for the Study of Social Change”.

Is the first recipient of the honour of publication of “Anubhav” of Ford Foundation series of case studies of success stories of voluntary organization in India. Elected member of “Humanist Academy”, an honour received till date by only 60 persons in the world including many Nobel Laureates.