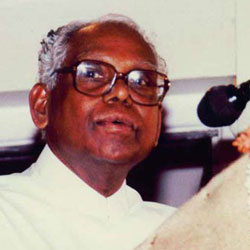 After securing first rank in Master of Arts degree in English Literature, went to London School of Economics and secured Bachelor of Science (Eco) degree with first class Honours, specializing in Political Science.

Started being a lecturer in a Government College. Later, joined the world of journalism through the 'Commerce and Industry' weekly at first and then with 'The Hindu' and 'Times of India'.

Later, enrolled at the London School of Economics. Came in close contact with VK Krishna Menon and participated in the activities of India League.

Joined the Indian Foreign Service. Posted to Indian Embassy in Burma as a Secretary. Then with the Indian Missions in Vietnam and Australia. Indian Ambassador to Thailand, China, Turkey and the USA. Appointed as Vice Chancellor of Jawaharlal Nehru University, Delhi. In 1986, was elected to the Lok Sabha. Became a Minister in the Rajiv Gandhi Cabinet. In 1992, became Vice president of India. Later, elevated as the President of India.